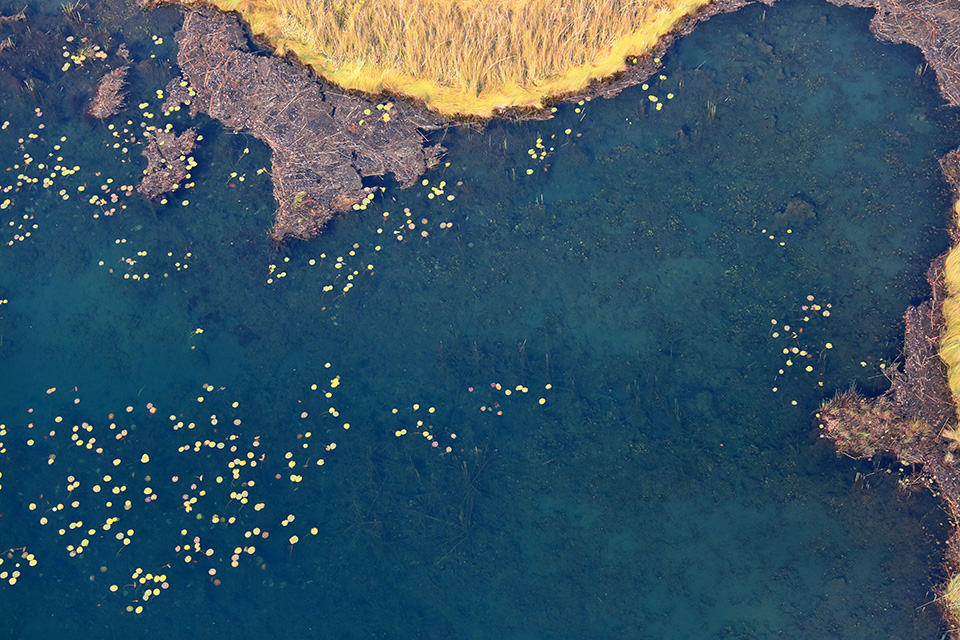 From the Source to the Sands

2020 will see the launch of our new flying safaris to Angola. The first trips of their kind, each will be tailor-made to suit all interests but most will follow the paths of the rivers that feed the Okavango and Kwando river systems from their sources in the Angolan Highlands to the Okavango Delta in Botswana and finally, to the sands of the Makgadikgadi Salt Pans.

The Source to the Sands is a 12-night itinerary and the ultimate Angolan expedition. It begins with three nights in a simple mobile camp in the source lakes regions of the Angolan Highlands, in the company of National Geographic explorers and scientists, followed by two nights in the Cubango Reserve, which straddles both the Cuatir and Cubango rivers, and a day trip to the Cuito Cuanavale battlefields. From there, it’s into Namibia to spend two nights on Nkasa Island in Nkasa Rupara National Park, then across the border into the Okavango Delta for three nights. This epic journey ends in the Makgadikgadi where the waters dissipate into the sands at Meno a Kwena camp on the fringes of the Makgadikgadi Pans National Park. 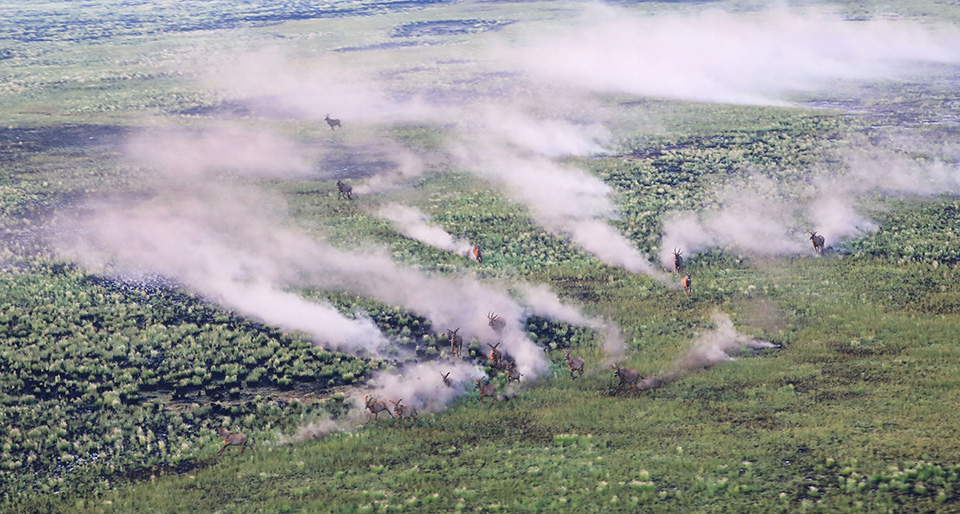 Why You’ll Love It: 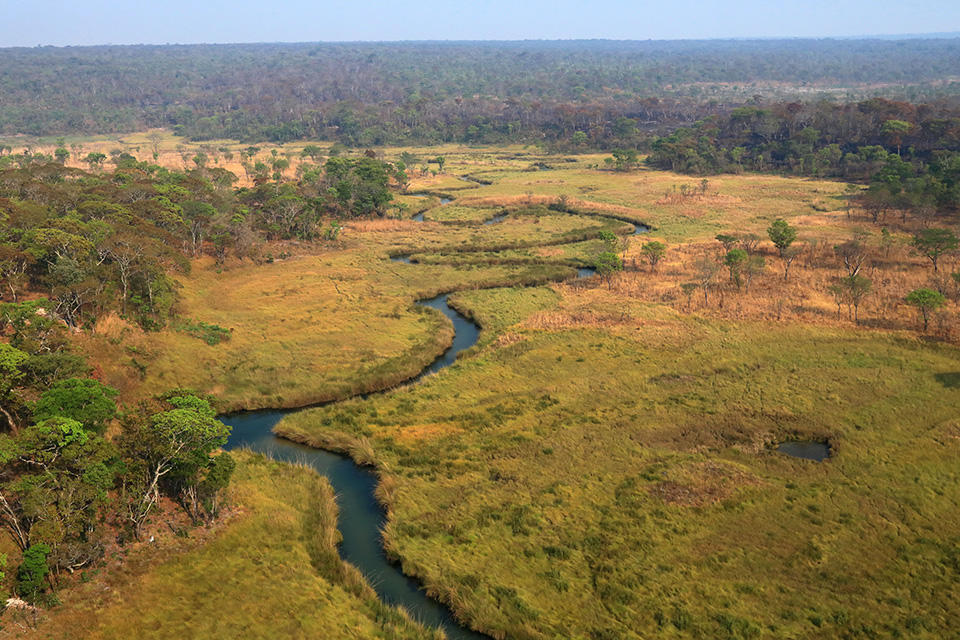 Day 1: Arrive In The Source Lakes Region Of The Angolan Highlands

Depart either Lanseria or Maun and fly by KingAir B200 or a Pilatus PC12 to Cuito Cuanvale to clear customs in Angola, before heading to the source lakes of the Angola Highlands, the region that is at the very heart of the trip.

Spend two days exploring this incredible area with the team of explorers from Nat Geo and the Boyes brothers. Activities are focused in and around the source lakes: snorkel in the water and view the many fish that are new (until recently) to science, Ebike between areas, or take to the skies and view the lakes from a chopper.

Angola is not a destination for those expecting the creature comforts found in the luxurious safari camps and lodges in the rest of southern Africa. There are none in Angola and whilst they could possibly start appearing in the coming years, the accommodation for the foreseeable future will be in expedition-styled mobile camps that are modest and simple. As always, beds will be comfortable, the bucket showers will be hot and food will be hearty and homemade and shared around the campfire. 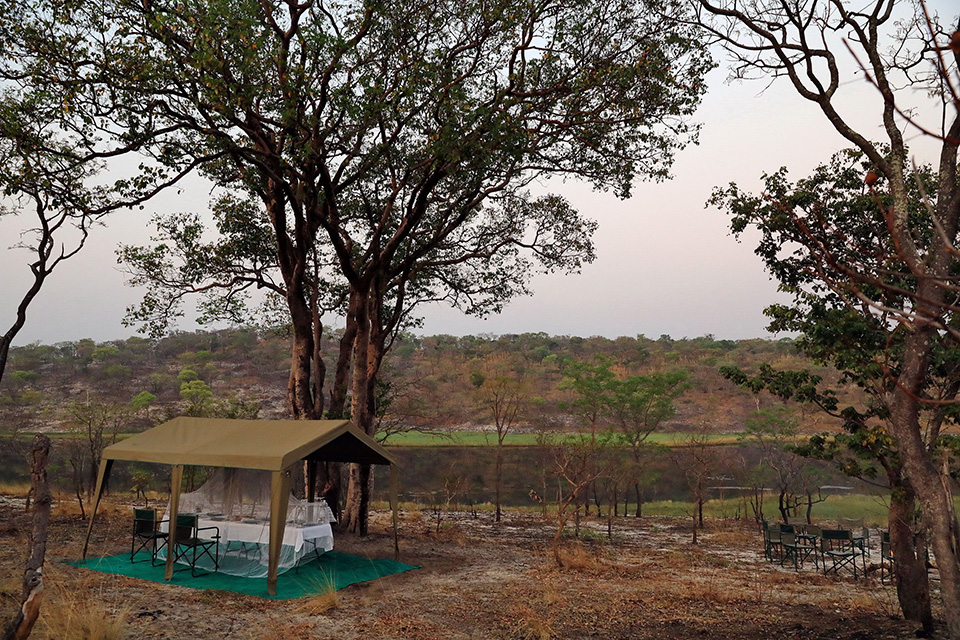 Fly southwest to the 500,000 acre Cubango Game Reserve and spend two days exploring the region on foot, by boat and by vehicle.

Angola is certainly not a Big Five destination, but look a little closer and there is a wealth of wildlife to be spotted. It is worth noting, however, that those expecting the same relaxed herds of wildlife as can be seen in Botswana or Namibia will be disappointed. For animals to be relaxed around wildlife and humans, they need to have been free from harassment for several years, even perhaps decades. We hope this will come in time in Angola.

A safari to Angola is one for people who enjoy exploring grand wildernesses of a scale almost impossible to be experienced anywhere else. In the Source Lakes, scientists are discovering species of fauna and flora that have never been seen before. Visitors here will certainly be one of the very first “outsiders” to ever visit and thus, every day will be a voyage of discovery. In the Cubango Reserve, you will follow trails of sitatungas, roan and whatever else comes your way. The Bico area has the highest concentrations of wildlife, and you’ll find sable, roan, buffalo and elephant in the fore. 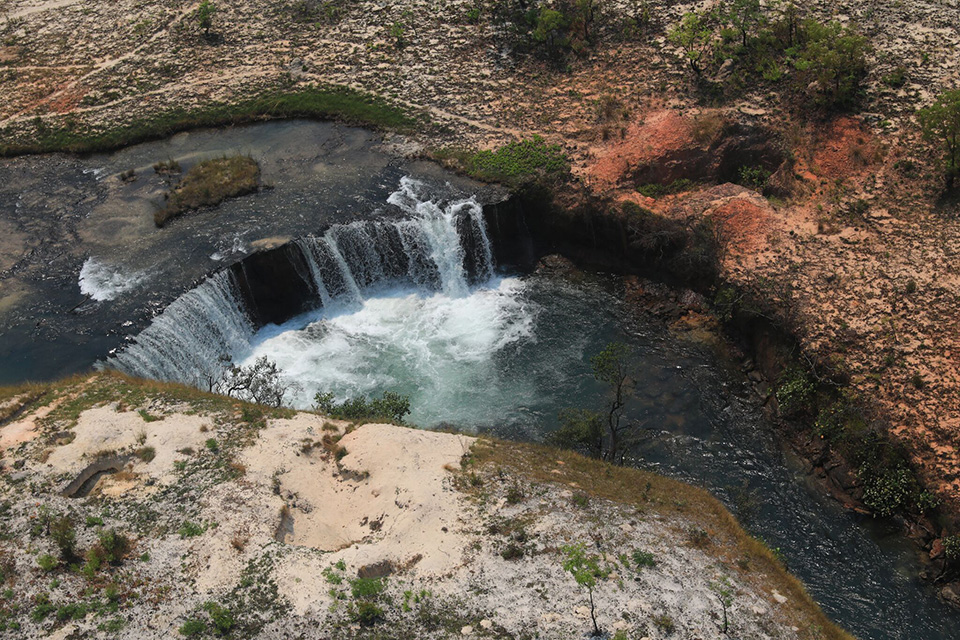 Today, you will fly to Cuito Cuanavale to visit the battlefields of the dramatic wars of the 1980s, and then on to Katima Mulilo before driving to Nkasa Rupara National Park, on the northern bank of the Linyanti River.

Finally, for the mammal enthusiast, it may be possible to add in two or three nights to visit the national parks in central Angola to search for the Giant Sable, an animal unique to Angola that has been the national emblem of the country since its discovery in 1909. For decades it was assumed that the Giant Sable (locally known as the Palanca Negra) was extinct, but thanks to the tireless work of Angolan conservation scientist Pedro vaz Pinto, small populations are thriving in two of Angola’s most remote reserves, the Cangandala and Luando.

Fly onwards to Botswana and the infamous Okavango Delta.The waters from the source lakes have travelled 1,200 km into the Delta creating a maze of channels and lush floodplains that are home to over 120 mammal and 400 bird species. From a base at Sable Alley in the Khwai Private Reserve or Mapula Lodge in the northern corner, you’ll have the chance to enjoy game drives, walking safaris and mokoro trips.

In Botswana, accommodation will be in a variety of Natural Selection camps and lodges. There are options to suit all budgets, from our newest and most elegant camp, Tuludi, and the light, bright and beautiful Sable Alley in the Khwai Private Reserve to characterful Mapula Lodge in the northern reaches of the Okavango Delta. Here, you can expect all the luxuries of a classic safari lodge with a touch of Natural Selection quirkiness!

The last stop on the trip is the vast and arid Makgadikgadi salt pan eco-system, where you will witness the waters of the Delta disappearing into the sands of the Kalahari. 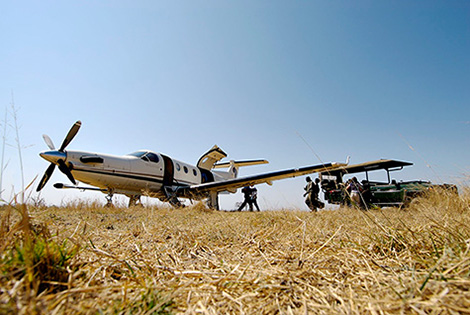 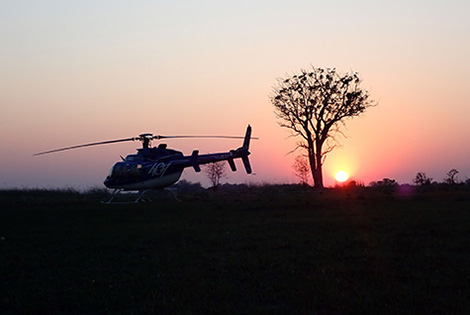 COST: from $20,500 per person on sharing basis
This itinerary is fully customizable based on the number of people and travel dates.

"Let us know how we can help"