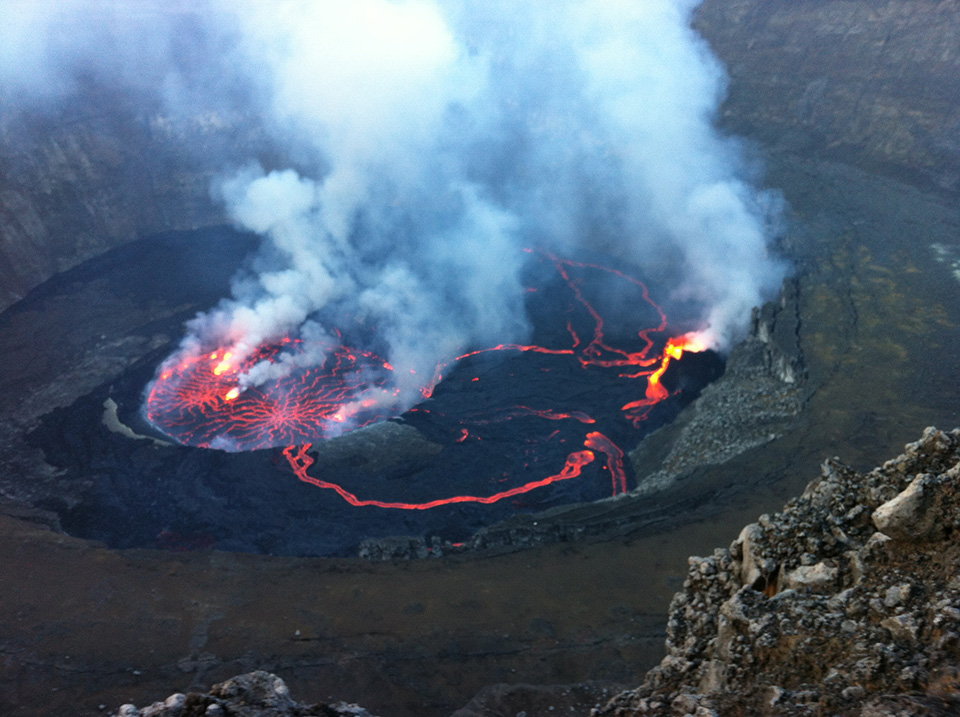 Democratic Republic of the Congo (DRC)

Mount Nyiragongo is an active stratovolcano with an elevation of 3,470 metres (11,380 ft) in the Virunga Mountains associated with the Albertine Rift. It is located inside Virunga National Park, in the Democratic Republic of the Congo, about 20 km (12 mi) north of the town of Goma and Lake Kivu and just west of the border with Rwanda. The main crater is about two kilometres wide and usually contains a lava lake. The crater presently has two distinct cooled lava benches within the crater walls – one at about 3,175 m (10,417 ft) and a lower one at about 2,975 m (9,760 ft).

From Wikipedia, the free encyclopedia

The park was established in 1925 as Africa's first national park and is a UNESCO-designated World Heritage Site since 1979. In recent years, poaching and the Congo Civil War have seriously damaged its wildlife population. The park is managed by the Congolese National Park Authorities, the Institut Congolais pour la Conservation de la Nature (ICCN) and its partner the Virunga Foundation, formerly known as the Africa Conservation Fund (UK). The current park director since 2008 is the Belgian Prince Emmanuel de Merode.

From Wikipedia, the free encyclopedia 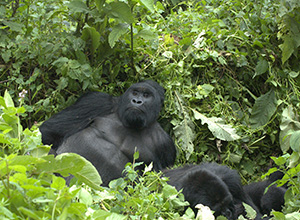 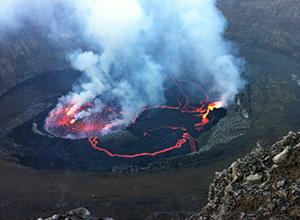 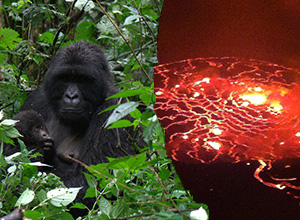