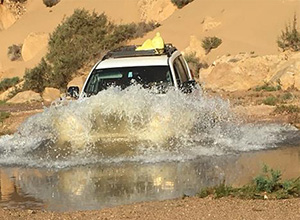 11 days to discover one of the most unknown part of the Sahara, forbidden for decades to foreigners. An expedition that mixes real adventure with refined cultural discoveries.

Any other date on request 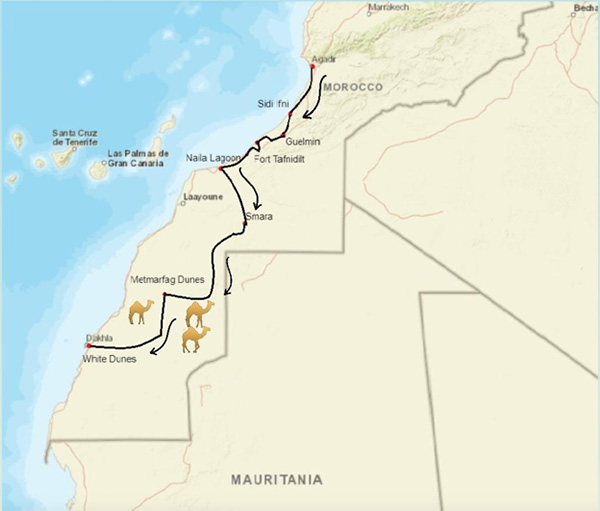 The former Spanish Sahara colony has been the site of a long war since the second half of the seventies. This region also called the Western Sahara has been off-limits for decades to travelers. We are proud to be the “first ones” to bring intrepid travelers to the vast, rocky and sandy regions of Saguia El Hamra, Tiris Zemmour and Rio de Oro, now Saharan provinces of Morocco.

Accompanied by reliable guides and following a carefully planned itinerary, we explore it safely.

A real “out of the beaten tracks” expedition for passionate travellers and Sahara lovers. Desert crossing, genuine encounters with nomadic tribes as the mythical Reguibat, stone citadels, prehistoric rock art sites, unexpected navigation on emerald lagunes between ocean and dunes… A balanced mix of adventure and cultural discoveries as the Hispano-Moresque architecture, one of the refrains of this Saharan expedition that starts and ends by the ocean.

The itinerary is the result of a ten years research, both bibliographical and in the field; scouting, contacts with nomads, local tribes, encounters with former fighters, allow us to share with our travelers the most interesting spots of this large region dense of history, linking prehistoric times with contemporary era.

Arrival to Agadir, a city on the shore of the Atlantic Ocean in the southern part of Morocco. Transfer and overnight at the comfortable Atlas Amadil Beach Hotel. Four stars Beach Resort facing the gulf, or equivalent hotel.

Agadir is a Berber and cosmopolitan town with Phoenician origins. From 1140 BC and thanks to its geographical position with a large beach protected by a gulf and to its mild climate, it has also been inhabited by Carthaginians, Portuguese, Dutch, Sephardi Jews and finally, by the French. The town was destroyed by two earthquakes in 1731 and 1960 and has always been rebuilt. Today is a known touristic destination. The market of Agadir surrounded by decorated walls, Souk El Had, is one of the largest in Morocco with more than six thousand merchants offering nearly any product and handicraft from the country. The traders are not pushy, making the visit even more enjoyable.

Our small convoy of 4x4 vehicles will leave the main highway for a more scenic itinerary along the Atlantic coast between reefs and creeks. Late lunch at a typical restaurant in a fisherman village facing the ocean.

Sidi Ifni probably dates back to 1476 and was a Spanish enclave until 1969. The still inhabited Hispano-Moresque citadel dominates the ocean from a rocky hill; the large alleys and the round plaza has a unique “out of time” atmosphere. Dinner and overnight at Safa Hotel, self-contained air-conditioned rooms. 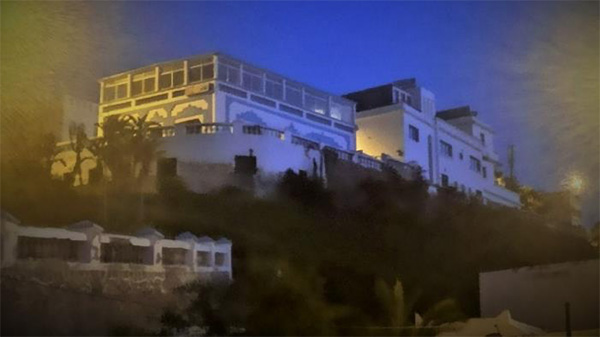 Guelmim is an ancient caravan terminal. In the medina we can discover goods and ancient glass beads from the trans-Sahara trade… The right day to be in Guelmim is the market day, the animal section of the souk with herds of sheep, goats and camel is a unique scene of colours, sounds… and smells. Nomadic shepherds dressed in the traditional djellaba with head and face covered by a blue turban arrive as far as from the Mauritanian desert.

Lunch in a local restaurant.

We leave the road for a track to Fort Tifnidilt located at the top of a hill overlooking the western bank of Ouadi Draa riverbed. This southern area along with the estuary of Ouadi Draa was the border between the French protectorate of Morocco and the Spanish Sahara Colony. The ghostly military fort of Tifnidilt still “guards” this ancient border. Being there make us feel as if we were on the set of an old French Foreign Legion movie.

Late afternoon arrival at the charming and comfortable Ksar Tafnidilt Hotel built using local materials in a perfect Saharan architecture. The hotel is managed by our friends, Guy and Magali, a French couple. Magali is a desert expert; she won the “Rally des Gazelles”, the most gruelling off-road competition reserved for female teams. Ksar Tafnidilt is a meeting point for passionate Sahara travellers. The hotel will be our base for two nights. 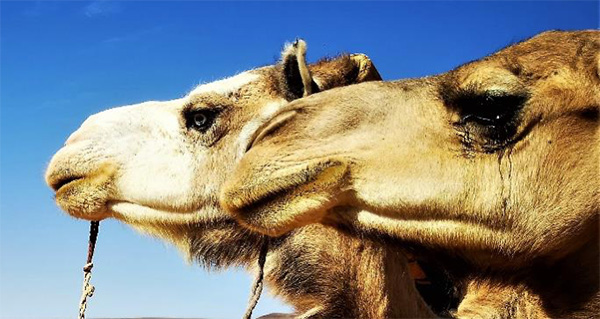 The Dra estuary region is only visited by brave travelers. Between the cliffs and the Atlantic Ocean there are only tracks vanishing in the sand. We will discover tiny temporary settlements of fishermen, fishing directly from the cliff or from caves facing the ocean. Ghostly colonial military posts are part of the landscape, as dunes and camels. If the tide permits, we will drive for miles along a wild beach, a strip between dunes and waves… We leave the coastline finding our way along a riverbed (Ouadi) in a large canyon, the only possible path between desert, cliffs and the ocean. Evening return to our comfortable base, Ksar Tafnidilt hotel. 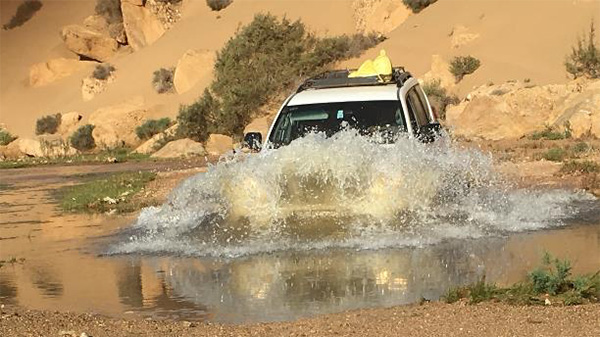 We will leave Tafnidilt crossing a steep range of dunes. From this point we will be in the territories that were known as Western Sahara, a forbidden territory during the long war that opposed the Front Polisario to Morocco. The itinerary follows a crag, between desert and sea. ocean.

The Naila salt lagoon, separated from the ocean by a row of dunes has an estuary opening to the Atlantic Ocean. It is the largest salt lake in Morocco (100 Km2). Protected area of great natural beauty, it is an important resting point on the bird’s migratory way that host up to 20.000 individuals as flamingos, cormorants, gulls, herons… We will explore this emerald water enclosed in a wide frame of yellow dunes and brown escarpments on a local fisherman boat.

The boat will take us back to the inland; after a drive in the rocky desert region of the Seguia el Hamra we arrive to Smara.

Smara was founded in 1898 by the sheikh Maa el Ainin, born at Oualata in Mauritania to an important Sufi religious family. In 1887, Moulay Abdelaziz, the sultan of Morocco, named him Caid of Tindouf (in the actual Algeria). Smara was built with the support of the Sultan of Morocco that sent fonds, technicians, materials and architects. Before the edification of the town, the site was a caravanserai on the pathway to Mauritania. The town of Smara became a key market for the local nomads and for the caravans linking the Magreb with sub-Saharan Africa. In 1908, Sheik Maa el Ainin claimed himself as a religious leader (Imam) declaring Smara a holly town and called the jihad against French and Spanish colonisation. Smara, the only town founded by a Saharawi the rest of the towns in this part of the Sahara has been founded by the Spanish. Smara has always been the epicentre of the Saharawi insurgencies. To settle one of the many rebellions, Smara was attacked by the French camel battalions coming from Mauritania in 1913 and in 1934 by the “Tercio” (Spanish foreign legion) and in 1973 the Polisario front was founded in Smara. 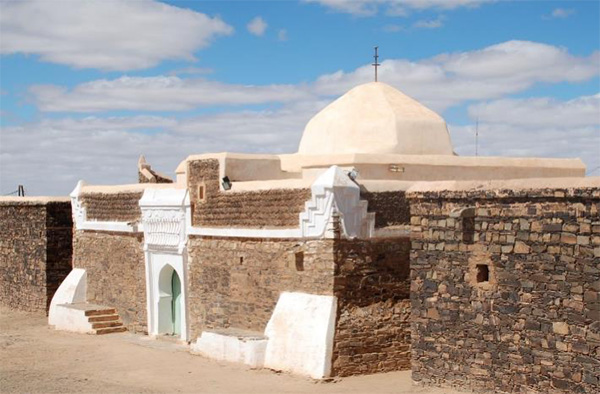 During the Spanish colony, the administration didn’t have a strong presence in the inland and the Smara region was under control of Sheikh Maa el Ainin and of its Saharawi rebel tribes. Sheikh Maa el Ainin became the most relevant political-religious leader of a vast region called Trab al-Bidan covering from south Morocco to Western Sahara, Mauritania and a large strip of desert from north Mali to southwest Algeria. It is said that he married 116 wives from different tribes, creating an alliance with each of the tribes. A young French intrepid traveller and explorer, Michel Vieuchange, disguised as a Berber woman was able to reach the town in 1930 taking more than 200 photos and filling up seven books of notes. Michel Vieuchange died of dysentery and exhaustion when he was 26 years old on his way back. His brother published posthumous the book “Smara: the forbidden city”.

Smara is today a pleasant small town with a well-supplied market; from the old times remains some Hispano-Moresque colonial military quarters and the interesting palace of the Zawiya built by Maa el Ainine in stone with a white plaster bas-relief ceiling.

After dinner we will be guests to a traditional feast and women drumming, typical of the Saharawi culture. 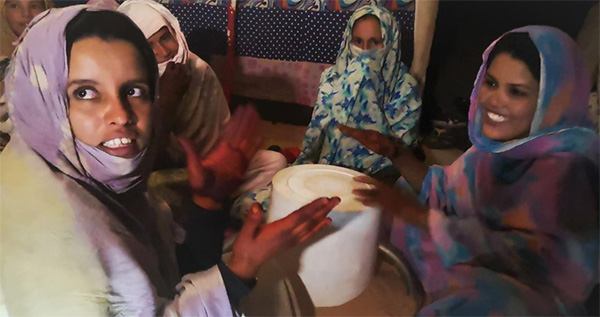 Dinner and overnight at a full comfortable fix camp in morish large tents with carpets and beads, or at a recently built Hotel Sahariano, air-conditioned self-contained rooms.

In Smara we will meet our local guide, a nomad from a Sahrawi tribe who will lead us during four days of a total of-road desert expedition crossing the Western Sahara from north to south.

In this real Saharan expedition, we will cross large dunes to discover wells frequented by long lines of camels belonging to the legendary Reguibat nomads and we will meet them. We will have the privilege to visit an area rich in ancient petroglyphs just discovered and under study by the archaeologists that believe that these sites hide the highest concentration of prehistoric graffiti in North Africa.

Days 7, 8 and 9 camp under the stars of the desert, comfortable tents with beds and carpets; restaurant-tent with chairs and tables.

Day 10: From the Desert to the Ocean

Morning continuation of our expedition following a road that doesn’t exist on the maps, in direction to the ocean. Afternoon arrival to Dakhla. The exceptional beauty of the landscape makes of the Dakhla peninsula a special place. The Rio de Oro is a 25-mile-long sea loch situated between cliffs and dunes. Different pastel colours paint the scenery: blue ocean, yellow sand, green seaweed fields and dark rocks.

Drive along the shore where the waves lap the sand dunes.

A unique scenery experience: during the high tide the ocean will flood the desert: rocks and dune will become a temporary island and peninsula.

The small town of Dakhla was founded by Spanish navigators in 1502 as “Villa Cisneros.” Visit of the colourful fishing harbour, lunch in an oyster farm (other meals available). Thanks to its position Dakhla is, in our days, one of the word famous Kitesurf destination.

Return to our hotel for the last shower, late afternoon or evening transfer to the airport.