Off the beaten track and for the True Adventure Enthusiast: Rwanda, a country of exotic beauty and fascinating bio-diversity, with verdant jungles and misty mountains. It is situated in the heart of Africa ~ between the eco-systems of the Congo Basin and the Great Rift Valley of eastern Africa, with large mountains, volcanoes, rivers and forests. Best known for its primates, particularly the Mountain Gorilla, Rwanda has much more to offer. Spectacular flora & fauna with over 100 rare orchids, 300 species of birds, 13 species of primates and the most breathtaking scenery on earth! The main European language is French, but English is widely spoken, particularly at hotels and lodges. Rwanda's cultural diversity, museums and intellectual pulse will have you wanting to come back for more!

We've BEEN there, so we know and have the means to customize your once - in - a - lifetime expedition!

In the majestic hills of southeast Rwanda is Nyungwe National Park, the largest montane forest in east or central Africa. A unique center of avian delight and floral diversity with a myriad of birds, trees, flowering plants & colorful orchids, Nyungwe is best known for it's primates ~ 13 species in all. An extensive network of well maintained walking trails through the forest give way to rushing waterfalls and swinging chimpanzees.

Situated in the far northwest of Rwanda, Volcano National Park is a dramatic setting of lush, verdant mountain forest and home to six Virunga Volcanoes as well as the world famous mountain gorilla. Arguable the most poignant and memorable wildlife experience in the world is gorilla tracking. The exhilarating climb through the rainforest immerses you in the intimacy of the gorilla's natural habitat of shady bamboo forest. Alive with the calls of colorful birds and chattering monkeys, you will be rendered completely speechless upon the impact of encountering a fully-grown silverback mountain gorilla. Up to three times the size of the average man, the silverback is remarkably peaceful and tolerant of human visitors.

On the border with Tanzania, Akagera National Park is dominated by the scenic labyrinth of swamps and lakes meandering through acacia woodlands and interspersed with grassy savannah landscapes. Herds of elephant and buffalo emerge to drink from the lakes, while giraffe and zebra haunt the open plains, impala, tsessebe, eland, bushbuck, oribi all graze in secrecy ever aware of the prowling leopard, lion or hyena. Pods of hippo grunt and sputter while the crocodile lie in wait or soak up the sun with jaws agape. Lining the shores are some of the most dense concentrations of water birds. Rwanda is a world-class safari destination. 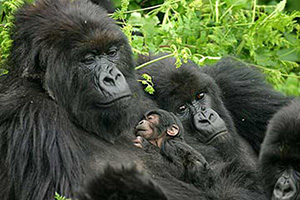 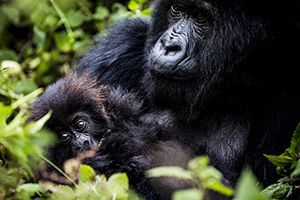 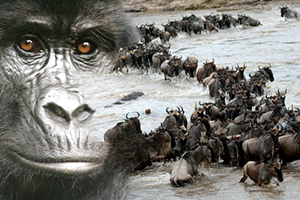 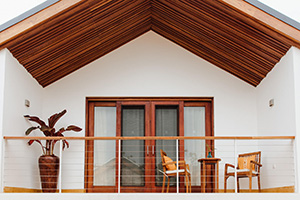 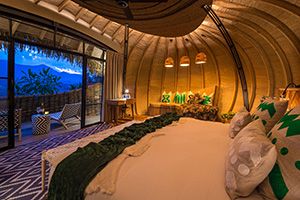 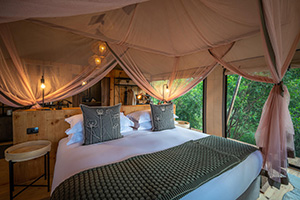 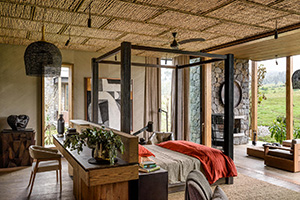 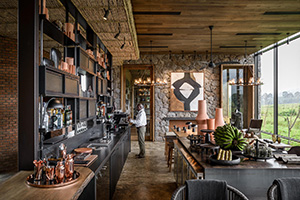