Addis Ababa is known as the capital of Africa due to it hosting the headquarters of the African Union, of which all but one country in Africa is a part of. If you need a visa for any country in Eastern Africa, or any country in Africa for that matter, you should come here. It is home to the largest market in Africa, has gorgeous churches, cathedrals, and mosques to see, and incredible nightlife (there is salsa in Addis Ababa!).

You can also find the museum that houses the oldest humanoid in the world, Lucy.

Axum happens to be one of the oldest cities in Africa and home of the ancient Aksumite Empire. There are ruins around the entire city and you can find some of the best relics and artifacts in the center of the city.

Visitor can see stelae (the largest single pieces of stone erected anywhere in the world), the tombs and castles of kings, Axum Museum and Mariamtsion Church, built on the site of Ethiopia's first church. A chapel within the church compound is believed by Ethiopian Orthodox Christians to house the Ark of the Covenant, or the tablets of Moses.

A visit to Axum can be extended to take in the 800 BC pre-Axumite temple at Yeha, 55 km east of Axum, and a little further, the 7th century monastery at Debre Damo.

Bahir Dar is situated on Lake Tana, which is dotted with island monasteries and churches. Many are closed to women, but the churches on the Zeghie Peninsula, with their excellent murals, are open to both sexes. It is possible to cross the lake by boat, from Bahir Dar to Gorgora, or vice versa. South of the Lake is the source of the Nile, which feeds into Lake Tana and exits north of Bahir Dar to create the spectacular Blue Nile Falls, some 30 km downstream.

Gondar was the capital of the Ethiopian Empire from the 17th to mid 19th centuries and is distinguished by its castles and imperial compound and by its churches, particularly Debre Berhan Selassie, the walls and ceiling of which are completely covered in murals.

Gondar is an entire castle complex that includes an entire complex of castles! There is also a small monastery in a nearby city called Gorgora which is very impressive.

Lalibela is home to an extremely impressive array of churches that are carved out of stone including the famous St. Georges Cathedral.

At the end of the 12th and beginning of the 13th centuries King Lalibela of the Zaghwe dynasty built a series of rock hewn churches, the New Jerusalem, now rightly categorised as one of the wonders of the world.

There are 11 churches within the town named after him, and outlying churches (recommended are Ashetun Mariam and the cave church of Yemrehane Christos) that can be visited on a second day. All are still in use today. It is estimated that the churches in Lalibela took 25 years to construct – for the Kingdom based on Roha (later renamed Lalibela) to have kept a large work force engaged in economically unproductive labour for such a long period means that it disposed of a large economic surplus and was very wealthy. The area then was clearly fertile and agriculturally productive, whereas now population pressures, deforestation and other forms of ecological degradation have reduced its productivity and made it prone to drought.

A UNESCO World Heritage site, the Simien Mountains are often called God's playground because of their unique formations. There are treks available into the national park where you can find a unique combination of animals and incredible landscapes. 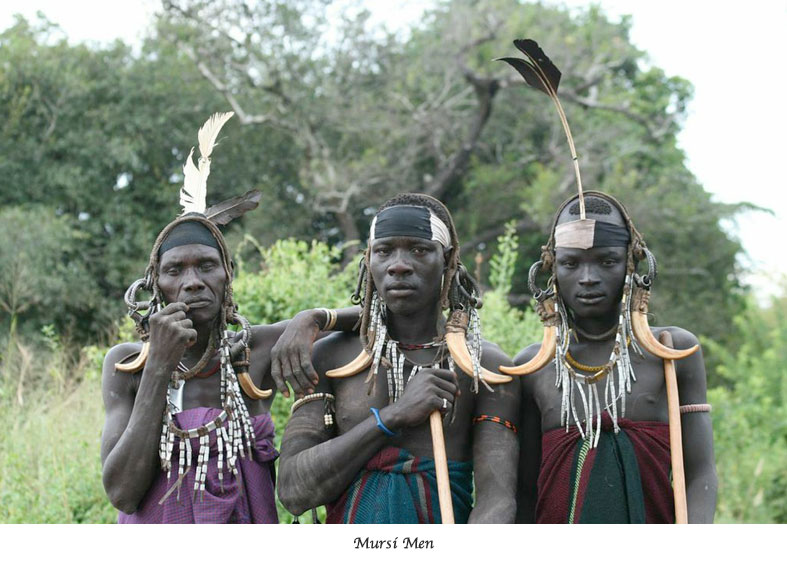 This is one of the only places in the world where you can still find indigenous people that haven't been influenced by the outside world. A very unique look at the different cultures in the country and how they live.

Visitors with an interest in observing pre-materialist cultures and in anthropology will find much to fascinate them in the different ethnic groups situated along the Omo River, with marvellous scenery, wild life and bird life as an added bonus. Before reaching the Omo, just before Arba Minch, a visit can be made to Chencha, the home of the Dorze people, famed for their bamboo bee-hive shaped houses and their weaving skills.

Further south are the Konso, noted for their intricately terraced hillsides and the wooden totems with which they adorn their cemeteries. Along the Omo River a variety of different ethnic groups are found, such as the Arbore, Bume, Galeb, Karo, Hamer and Mursi, whose contact with the modern world has come only within the last two to three decades. 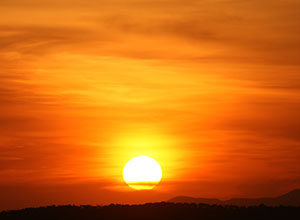 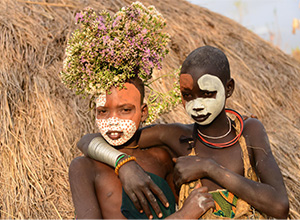 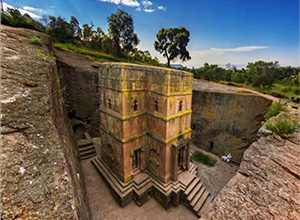 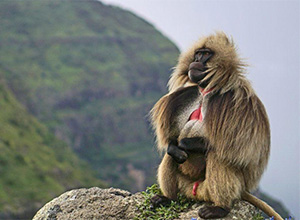