Explore the Hwange National Park, visit Lake Kariba or canoe around the Mana Pools but dont miss the Victoria Falls.

Zimbabwe is a safari lovers dream destination - rugged mountains and great rivers, wonderful wildlife plus a highly developed culture that stretches back thousands of years and has given us some spectacular archaeological sites. Wildlife in Africa is here in Zimbabwe, the greatest game in Africa lies in Zimbabwe.

The mighty Zambezi River thunders over huge cliffs into the gorge below to become one of the most fantastic sights in the natural world. Nothing can compare with the spectacle of the roaring water, topped by a white mist that leaps and dances in the air, the spray refracting a shimmering rainbow of light over the scene. A lush rain forest on the margins of the falls, sustained by the spray, further enhances the beauty.

Known as one of the very best areas for "white-knuckle" activities, you can go white-water rafting on the rapids downstream from the Victoria Falls or try a bungy jump! The "Flight of the Angels" gives a birds-eye view of the Falls as you fly through the mists of spray and watch the path of the water as it tumbles through the lower gorge. There are also sundowner cruises to admire the wildlife and the scenery backlit by flaming sunset.

The park is situated on the main road between Bulawayo and Vic Falls in Zimbabwe and is home to vast herds of elephant buffalo zebra giraffe many predators ... With more than four hundred species of bird and high numbers of game, Hwange is particularly renowned for its great elephant herds. Extended family groups of close to a hundred elephant can be found. An excellent chance to observe interaction between the generations and peers. The dry months, from July to October, offer some of the best African wildlife game viewing to be found anywhere in Africa.

Lake Kariba is an artificial inland sea that covers 282km of the Zambezi Valley. It is the continent's third largest dam after Aswan in Egypt and Cahora Bassa on the same river in neighboring Mozambique. Another of Zimbabwe's premier wildlife game viewing sites. This inland sea was created by the damming of the Zambezi River for hydroelectric power. The lake is edged with forests that were once nowhere near water. Some trees are almost completely submerged and eerily stretch their top branches from the lake. There are facilities for house boating, water-skiing, sailing or fishing for the feisty tiger fish.

Mana means 'four', in reference to the four large permanent pools formed by the meanderings of the middle Zambezi. These 2,500 square kilometres of river frontage, islands, sandbanks and pools, flanked by forests of mahogany, wild figs, ebonies and baobabs, is one of the least developed National Parks in Southern Africa.

One of Zimbabwe's two world heritage sites. The Zambezi spreads out over the flood plain on its way to the sea. The river is calm here and canoe safaris are ideal as you can quietly approach the animals - impossible in a noisy 4x4. Wildlife includes buffalo, zebra, eland and kudu and this one of the few places left where black rhino can be seen. 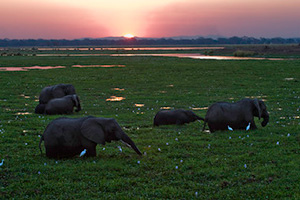 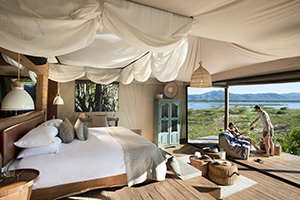 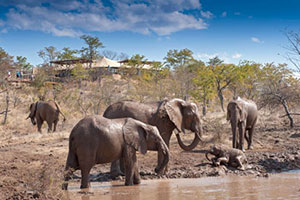 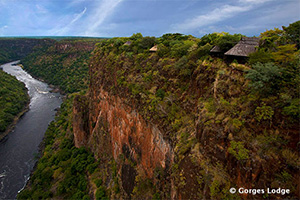 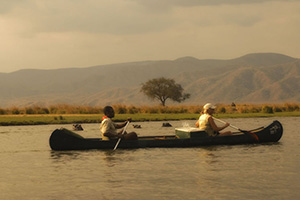 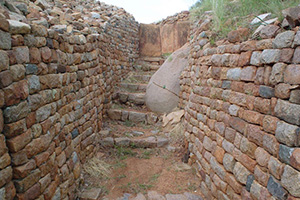 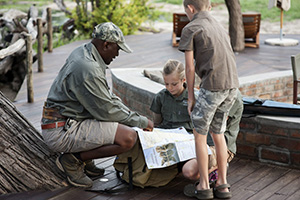 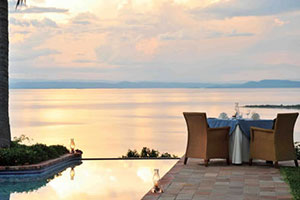 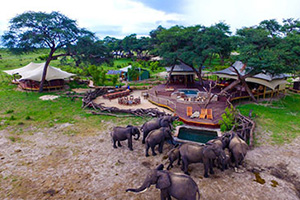 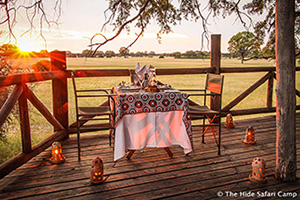 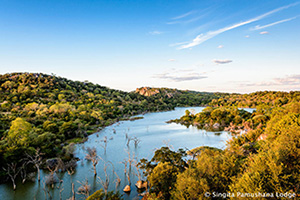 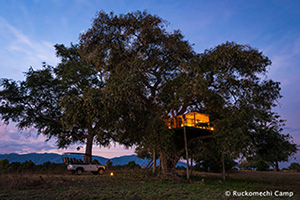