Nairobi ~ Kenya's capital ~ has become one of Africa's largest, and most interesting cities. A frontier town no more, Nairobi has ascended in the last century from a barely inhabited swampland to a thriving modern city with boundless energy that never seems to sleep. A thriving place where great contrasts of life, race, tribe and origin all become facets of a unique character.

The city however, has not lost its sense of the past, but also offers excellent hotels, museums, international restaurants, an eclectic music scene, an endless array of shops and markets and the historical home of Karen Blixen ~ author of Out of Africa.

Just outside the city is Nairobi National Park ~ 113 sq kms of plains, cliffs and forest. The park is home to large herds of zebra, wildebeest, buffalo, giraffe, rhino, cheetah, and a large number of lions are all found here, living wild within 20 minutes of the center of town. Further out of town, the spectacular 20 ft. "Fourteen Falls" waterfalls at Thika , Ol Donyo Sabuk National Park with an impressive 2,146 meter mountain and for the adventurous at heart, white water rafting on the beautiful Tana River. From the wildlife to the nightlife, Nairobi is a city unlike any other world wide.

Amboseli ~ the land of giants ~ is one of the most popular destinations for Kenya safaris. This is a place of wide arid plains where the horizon stretches out to meet the sky. Amboseli is best known for it's large herds of elephant, zebra, wildebeest and impala. The park centers around a huge hill with fantastic views of the plains as well as an impressive view of Tanzania's snow-capped Mt. Kilimanjaro in the distance.

The parks acacia forest makes for good birding and is habitat to many smaller species and cheetah are often spotted here. A great place for walking safaris and bird-watching. Many Maasai communities are centered around Amboseli National Park, lending a terrific cultural experience.

Lake Naivasha, a large shallow freshwater lake dotted with papyrus trees, is a world class birding destination about a one hours drive from Nairobi. The fish eagle is a common site along with hundreds of other species of bird life. The lake is adjacent to Hells Gate National Park, which is named so due to the massive red tinged cliffs surrounding a geothermal interior with bubbling hot springs. The lake draws a great range of game from giraffe, hartebeest, zebra, gazelle, impala, hippo and Colobus monkeys. Boat trips on the lake are available, walking tours, biking, hiking and rock climbing can also be done in the park.

Southwest Kenya is the heartland of the strongly independent Maasai people, who rarely hunt, but rather live alongside wildlife in harmony, as is part of their beliefs. They are as much a part of the life of the land as the land is part of their lives. This area is called the Masai Mara (or Maasai Mara) and is highly regarded as Africa's greatest wildlife reserve. The "Mara" is comprised of over 200 sq miles of open plains, woodlands and riverine forests, which is home to a breathtaking array of life.

The vast grasslands are dotted with herds of zebra, giraffe and gazelle, while the acacia forests abound with birdlife and monkeys all the while elephants and buffalo wallow around the watering holes. The Mara has been called the Kingdom of Lions, as these regal and powerful hunters dominate the grasslands. Cheetah, Hyena and jackals are also a common sight in the Mara.

Each year the Masai Mara plays host to the spectacular Great Migration from the Serengeti, when millions of wildebeest follow the rains, plunging across the surging waters of the Mara River in a frenzy against the currents and awaiting crocodile to find new grazing lands on the plains. This is a most amazing sight from high above in a hot air balloon!

The Great Rift Valley, an integral part of Kenya, runs the length of the country from Lake Turkana to Lake Natron, encompassing many national parks and mountain ranges. The central area of the rift includes the Abedares Mountains & Mt. Kenya. The northern and southern areas are low-lying, with some areas being arid while others are rocky & rugged and have amazing volcanic land formations and springs. Most Kenya safaris will take place in one or another area of the Great Rift Valley!

Photographers & landscape lovers find the scenery in Aberdare to be unsurpassable. The mountain ranges of Aberdare have peaks that soar to almost 13,000 ft, then plunge down to v-shaped ravines with streams and rivers, cascading waterfalls and a wide variety of flora & fauna ~ it's a place of unspoken beauty. Above the forest lies miles of open moorlands and craggy hills with stunning views of the Rift Valley and the peak of Mt. Kenya. Elephant, buffalo, bushbuck, red duiker, suni, colobus monkeys, leopard and the occasional black rhino, roam the forests, moorlands and river valleys. Bird life is abundant and varied with four species of brilliantly colored sunbirds, francolins, Ayres' hawk eagles, sparrow hawk, goshawk, mountain buzzard and many more. The park is easily accessible from Nairobi and often the perfect start to an extended Kenya wildlife safari.

Lake Nakuru offers the spectator a jaw dropping sight of the infamous pink carpet, as millions of lesser flamingo flock and fringe the shores of the shallow alkaline soda lake set beneath the high cliffs of the eastern Great Rift Valley. An Ornithologist's paradise!

Nakuru has more than just flamingoes and birds of prey. The National Park made up of lush forests and plunging waterfalls is sanctuary for both black & white rhino, huge herds of waterbuck, zebra, buffalo and the endangered Rothschild giraffe.

The local hub town of Nakuru thrives with bustling markets, local transportation centers and heaps of travelers passing through.

Mt. Kenya is Africa's second highest mountain peak. An extinct volcano, Mt. Kenya is straddled across the equator with altitudes ranging from 11,000 - 17,058 ft. Mt. Kenya can be climbed by experienced or very physically fit adventure enthusiasts and high altitude trekkers. The best time of year to climb is from mid-January to late-February and then August through September. The scenery is stunning with a wide variety of flora & fauna with the altitude changes. The region itself is home to an array of species including colobus monkeys, bushbuck, elephant, buffalo, baboon, waterbuck, black rhino, hyena, leopard and at higher altitudes zebra and eland can be found.

Tsavo East & West combine to make up one of Africa's largest wilderness reserves, made up of acacia forests, savannah ranges and hills and an extensive river system offering the best conditions for African wildlife safaris. Explore the wild in solitude with large herds of elephant and buffalo, as well as lion, impala, giraffe, kudu, eland and quite possibly rhino! Tsavo also has a large bird population with many rollers, weavers, raptors and hornbills fluttering about the forest and plains.

Tsavo West has many popular features like Lugard Falls with raging waters through precarious rock formations. In the northwestern corner of the park is Shetani Lava Flow, a huge lava bed created by an eruption in the Chyulu Hills where the raw cone at the center can still be seen. Falling rain is purified by the volcanic ash where it runs underground and resurfaces at the lush sparkling natural Mzima springs. A unique underwater observatory was built offering incredible views of the underwater world, with huge hippos gliding through the watchful eyes of the resident crocodiles.

Tsavo East is more remote and less visited, but has large concentrations of game including hippo, giant crocodile, lion, leopard, waterbuck, kudu, zebra and ostrich. Tsavo is a great option for those who want to combine safari with a beach holiday due to the closer proximity to the coast.

The Samburu, Shaba & Buffalo Spings regions are the best place to find species endemic to northern Kenya; oryx, gerenuk, reticulated giraffe, Grevy's zebra and the palm nut vulture. Samburu's lion and leopard lie in prey among the riverine forests, which are in stark contrast to the arid, thorny acacia studded plains frequented by large herds of elephant, cheetah and an occasional pack of African hunting dogs.

The Samburu people are truly fascinating. Mainly herders of camel and goat, but share a great deal of ancestral ties with the Maasai. You often see the herders leading their flocks to the river for water.

Meru is the least visited of Kenya's larger national parks. This park was the setting for Joy Adamson's book "Born Free" and it remains nearly unspoiled even today. The scenery is varied, wild and beautiful, from woodlands to wide-open high grassy plains and has many rivers running through it. Visitors have the freedom to explore the park probably without encountering other people. Wildlife is a little more difficult to track, but the rewards are spectacular: Lion, leopard, cheetah, antelope, elephant, kudu, giraffe, buffalo, hippo & river crocodile or on a rare occasion Kenya's only colony of white rhino. The forests are also an excellent place for bird watching enthusiasts.

Mombasa and the southern coastline with turquoise blue waters and white sand beaches are a perfect holiday get-away that many suggest is a tropical paradise. The Indian Ocean's colorful coral reefs and drop-offs are a scuba divers haven with sea turtles, dolphins and a plethora of reef fish. Verdant green coastal rainforest border the beaches are prolific with primates and birdlife. Shimoni, Lamu, Malindi and Watamu are some other coastal areas offering everything from a relaxing beach holiday to deep-sea fishing.

Malindi is one of the oldest towns in eastern Africa, as a trade port dating back to the 9th century. Tourism in Kenya started in Malindi as Europeans looked for safari and beach holidays. The town of Malindi hasn't changed much in the past hundred or so years, with small shops, beautiful beaches and friendly multi-national local residents.

Lamu Island is a historical town that's been a trading center for the Persian Gulf region and India since the 11th century. The island is remote and not very frequently traveled, so transit can be lengthy and difficult. 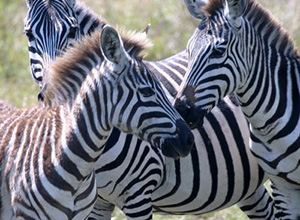 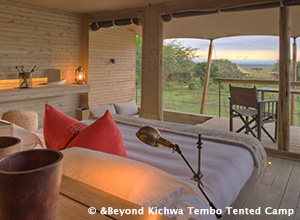 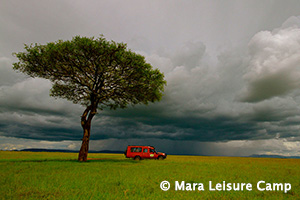 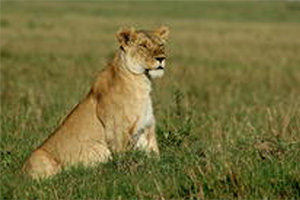 Walking in the Wild, 11 Days 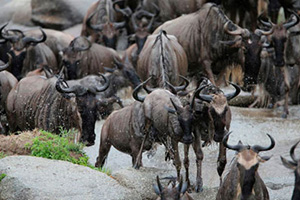 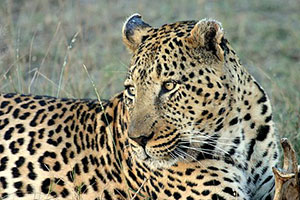 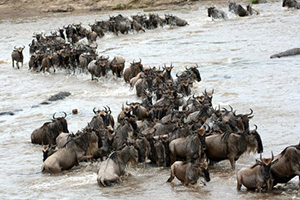 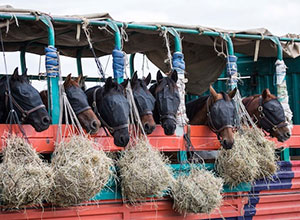 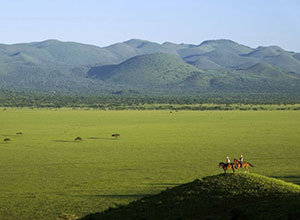 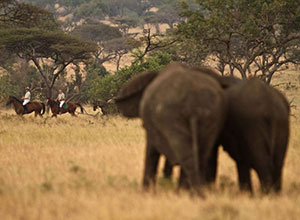